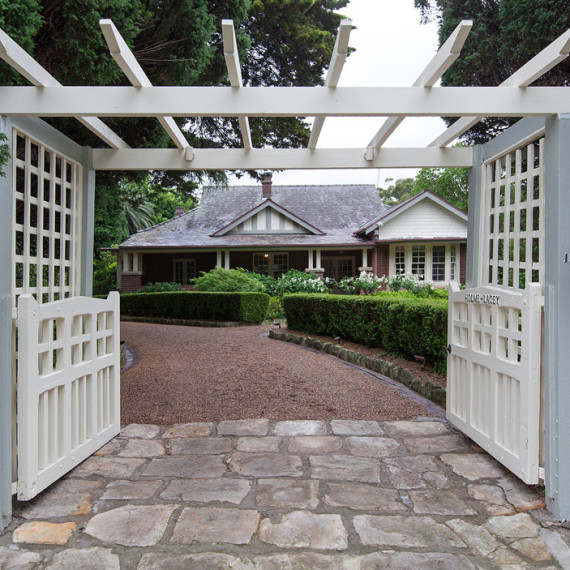 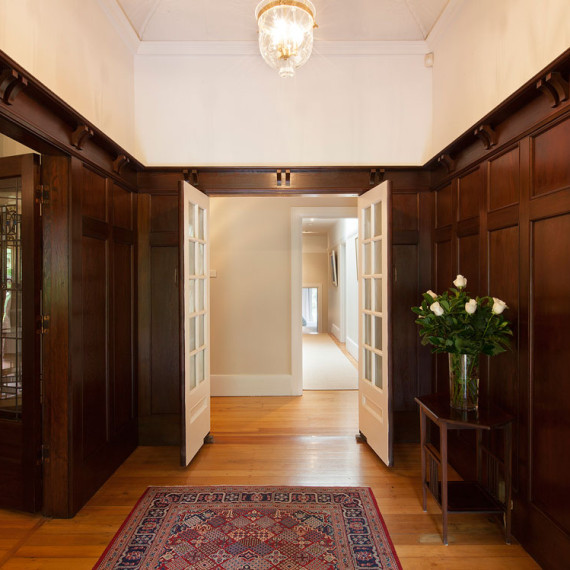 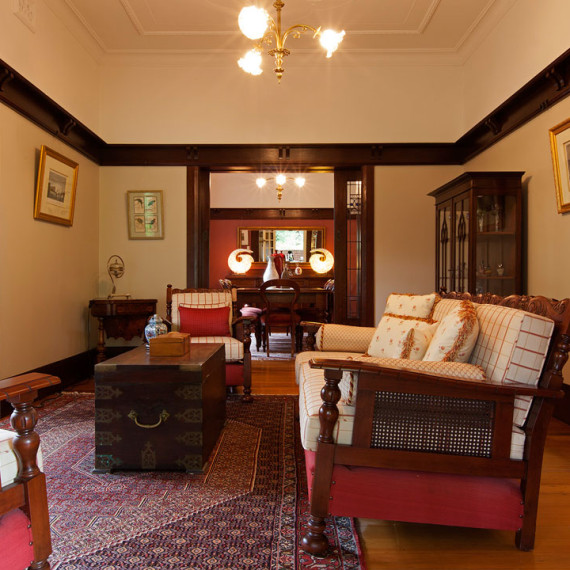 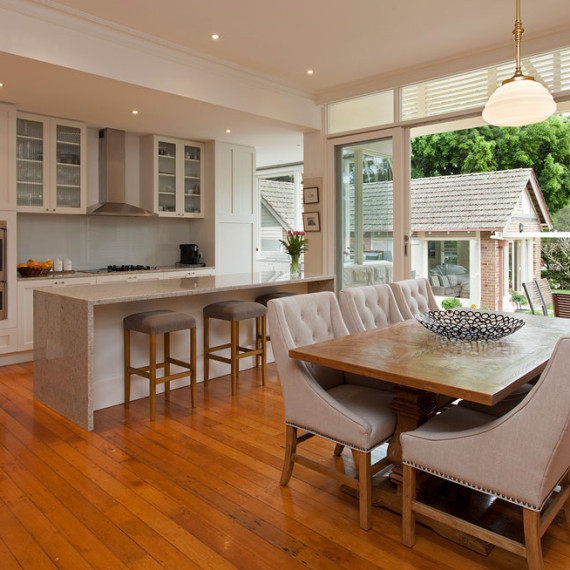 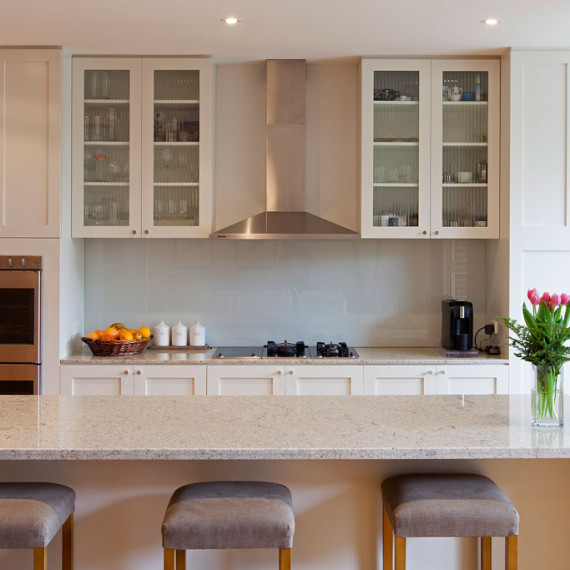 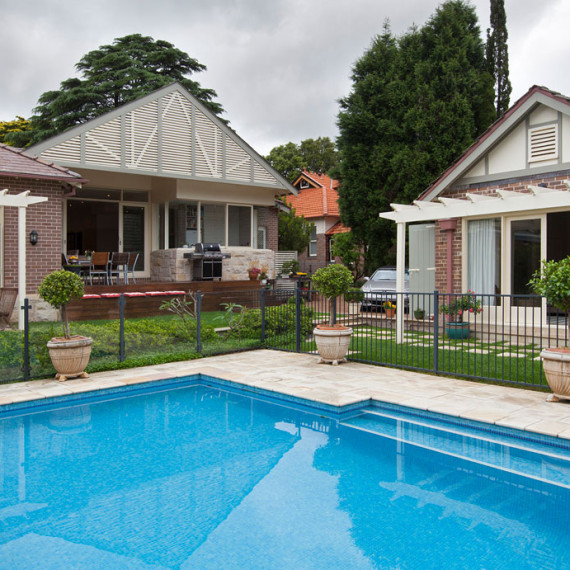 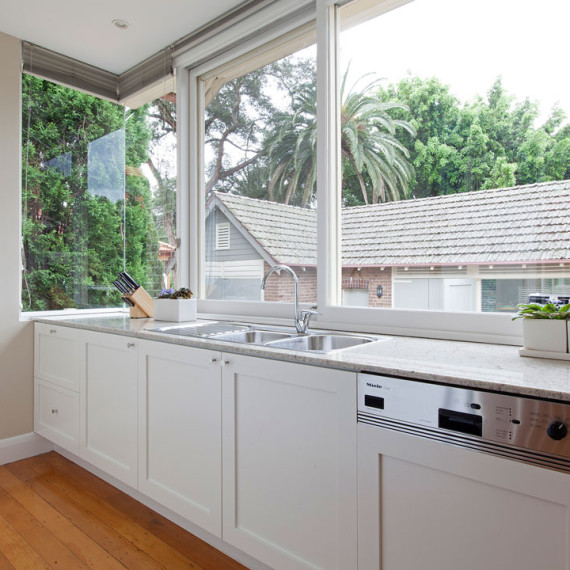 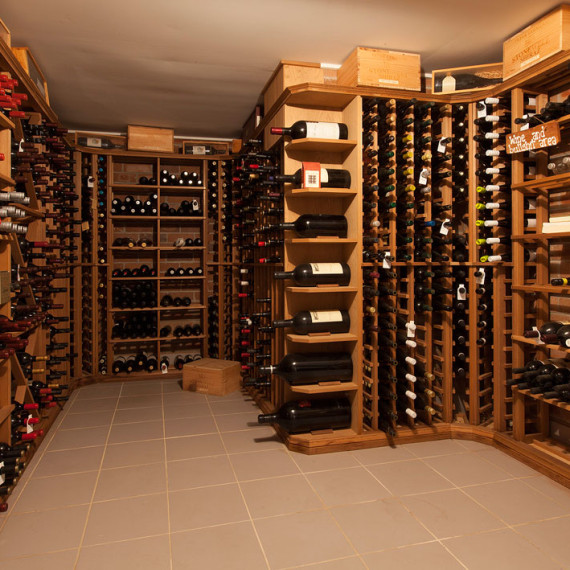 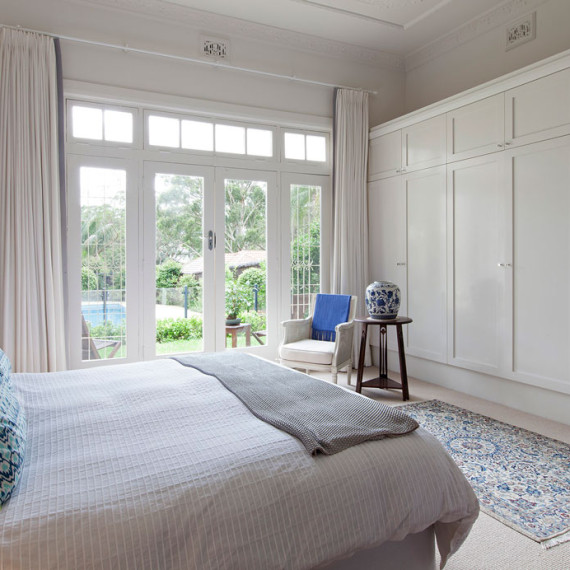 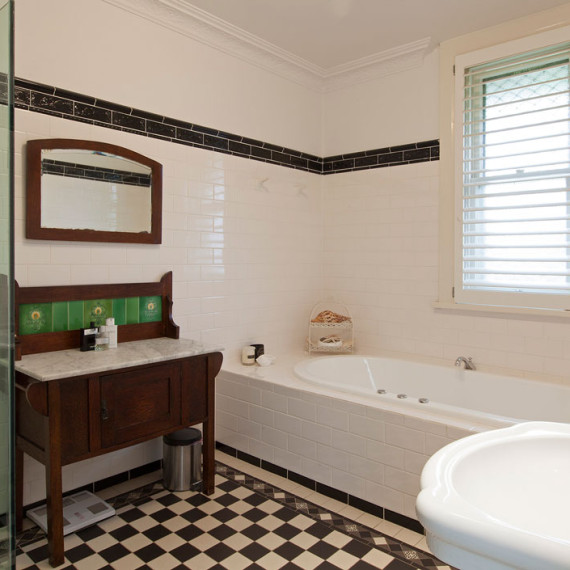 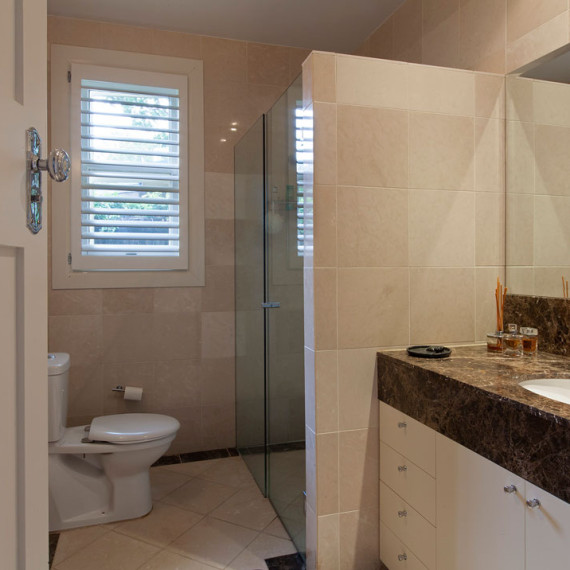 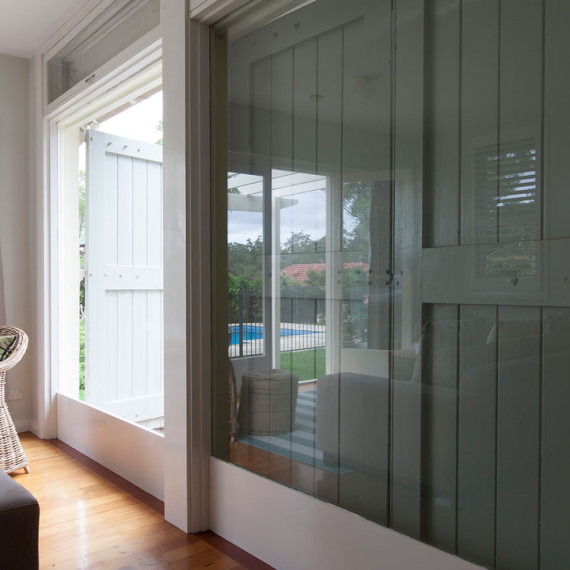 One of the first projects of Haiku 2. The house was the original residence on a large estate that has since been subdivided. The front of the house was in good condition with many beautiful features that were cleaned up and restored during the project. An Heritage award was received from the local council commending the project.

As with most old houses, the rear yard was cut off by lean to rooms with low ceilings and small windows. Taking advantage of the slope of the block a split level addition was constructed onto the rear that allowed for a full sized cellar and separate master suite that connected directly into the garden. A large covered rear deck allowed for the transition from the newly designed open plan Kitchen, Dining, Living area into the landscaped rear yard.

A pool was installed and a former garage/stable building was converted into a guest room/family room. Again many of the original features were retained such as the timber garage doors that now act as shutters to the new picture windows.